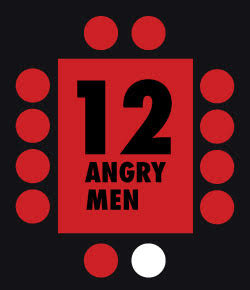 Twelve people convene in a jury room in New York City to determine if a 16-year-old boy is guilty of the murder of his father.  Throughout the play, the jurors battle with questions and suggestions as to whether or not there is reasonable doubt to the boy's story and to what was represented in the courtroom.

The audience will observe twelve people from different walks of life confined to the dingy jury room, as if watching humanity inside of a cage in a zoo.  Will the jurors make the right decision by the end of the play?  That is for the audience to decide.