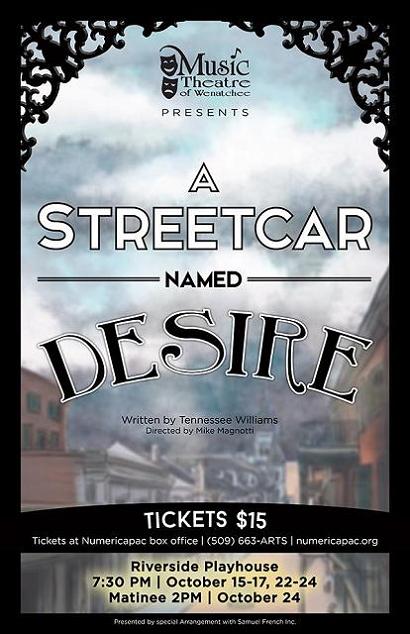 Tennessee Williams' classic, tragic drama, ranking as one of the greatest works in American theatre.

This play is for mature teens and adults. It is not recommended for children under 10. There are adult themes presented. There will be talkback sessions after Thursday shows and after the matinee performance, where interested audience members will be given the opportunity to discuss the play and the themes and issues presented with the Director and actors.

Students with student ID may purchase rush tickets (1 hour before showtime at the door only) for $5, and study guides for the play will be made available.